Use Video Content from Influencers and Users to Fully Realize ROI

The past year has been a tumultuous for many brands and marketers. Deterioration of trust and slowdown of organic reach has forced marketers to dive deeper and deeper into paid strategies.

One of the most relevant and exciting trends in the sphere of digital and especially social media marketing is the trend towards video. The trend isn’t merely being driven on the consumer side, but is also being heavily inspired by technological forces.

Thus it isn’t just speculation in regards to where we’re headed to in the world of video marketing, the data is clear – it speaks for itself. Video is the future, and we’re only at the beginning of the video world. This year is definitely the video’s time to shine.

In this article, I’ll explore the video statistics on the consumer side and two primary strategies that businesses of all sizes can start to adopt in regards to their social media marketing on social media to maximize their ROI.

Video statistics on the consumer side 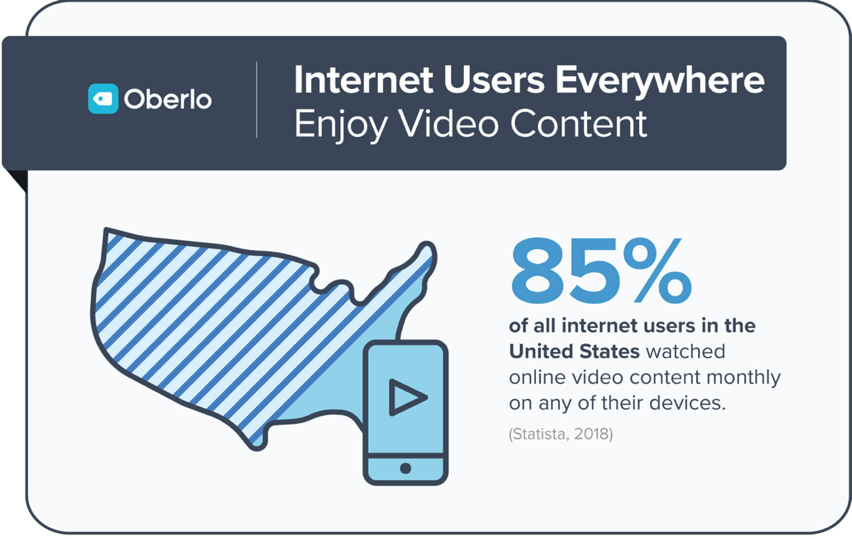 Millennials between 25-34 years old consumed the most video content online. More pertinently, in the United States, most of this video content was consumed using a mobile device and consumption of video content has been steadily growing over time.

Whether on blogs, Instagram or YouTube, consumers are expecting more video content. This statistic alone shows how videos are getting popular over time. With video becoming a significant influence on consumer decisions, it comes as no surprise that video content drives purchases.

There are 1 billion blogs today – that’s one blog in 7 people!

The text sphere is without a doubt over-saturated, but the digital marketing world is in a state of constant change and evolution, and content marketing is projected to continue growing in 2019.

One of the fastest growing trends in the content marketing sphere is video. The benefits of video-based content are clear – it’s more personable, people get to know you, your personality, and your company in a better way.

Now that you’re convinced that video is the future, you’re probably thinking of the barriers your business faces to capitalize on the video content marketing world.

Break down the barriers and embrace the era of the ready-made, ad-hoc appeal of video

Many brands fear video content because of the belief that videos need to appear well-produced. They fear that they don’t have an event that’s “sexy” or exciting enough.

Embrace the ready-made. But what exactly is ready-made?

Some people think (Merriam-Webster has this as one of their definitions) that ready-made is synonymous with lacking originality or individuality. This has led to many brands trying to challenge themselves to create creative video content, which is severely limiting.

This is the era of the ready-made, the age of the decentralized ad-hoc approach to everything. Forget perfectionism. If you aren’t embarrassed by your first video release – you’ve released it too late.

Creative content exists as a result of the many iterations that came before. Analyze what’s working, test, trek in the same direction and take a sharp turn to align with your business’s vision.

My e-commerce fashion brand heavily utilizes micro-influencers and user-generated content (UGC). We know that organic content works best; we know that our consumers love to see content from real people.

The reason we work with micro-influencers as opposed to more massive influencers (apart from budget) is that they usually have the time and enthusiasm to commit to a more extended program of content.

We’ve been pushing our video content agenda by asking micro-influencers we work to create short video content with full creative freedom. We then repurpose these videos for our various social channels and promote them with small budgets.

UGC isn’t a new concept, yet it seems marketers are only starting to realize it’s potential in creating online buzz.

UGC isn’t only the best free marketing for your business ever; it increases brand engagement, builds a community and creates social proof and trust amongst potential customers.

Unlike influencers, creators of UGC aren’t partners of the brand. They’re not contracted and are more like fans than professional partners.

Still not convinced?
Here are the statistics.

Now, you might have doubts about the quality of videos created by your customers. Not all of them will be usable, and most likely none of them will have studio production value. That doesn’t matter.

How many viral videos were shot with an iPhone camera?

How many influencers rely on their smartphones selfie camera to communicate with their audience?

The statistics show that 70% of millennials don’t even turn their phones horizontally when watching videos on mobile. (AdNews)

New technology is continuously driving the evolution of digital marketing. One of the largest implicating factors for live video is the rolling out of 5G this year.

A hugely under-valued sphere in the digital marketing world is live-video. Many brands have been extremely sheepish in this regard.

What content should they share? Are their day-to-day operations exciting enough? Are their events sexy enough? These are the wrong questions.

What is the ROI of video marketing? 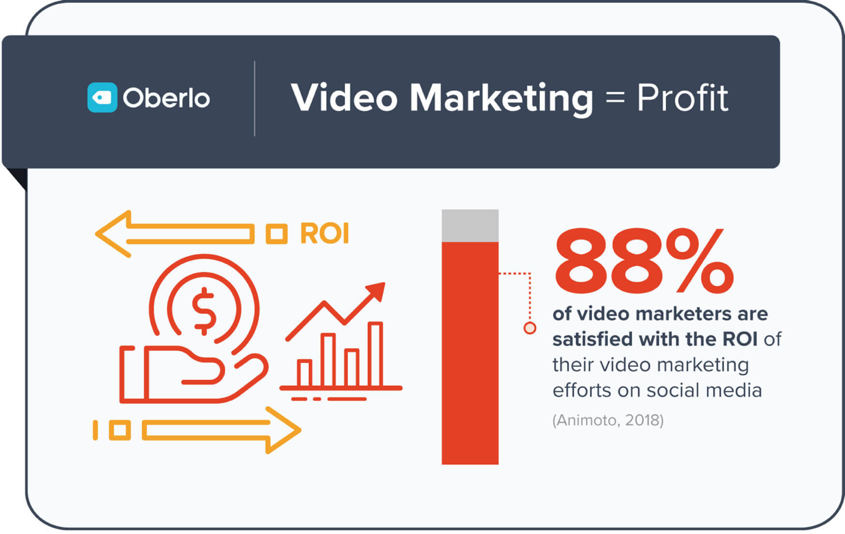 This will differ from business to business, but the most straightforward and quantifiable returns are sales, website traffic, and followers.

If you take advantage of UGC and micro-influencers, you’ll need a minimal investment to start creating video content. More of your budget will probably go towards promotion.

This means you essentially have nothing to lose so don’t get discouraged if you don’t see instant results. Your ROI will only be realized through patience. Put in the work, experiment, measure your video marketing to see what works best and keep doing that.

Remember when we wrote about how video claimed 80% of all web traffic? Well, we’re beyond that now, and content marketing departments in businesses are growing.

If it isn’t already, get on board the trend and give your consumers what they want. Don’t be discouraged by false barriers to entry. Technology has broken down most barriers, so embrace it and capitalize on the ready-made, ad-hoc decentralized method of putting out content.

After building and selling his first online businesses, Stefanos learned to grow a scalable and sellable business. His primary areas of focus include: product sourcing, business strategy, marketing, general management & operational activities. Ever since executing in these areas and learning as he goes, Stefanos began writing on these topics and working with start-ups and software companies as a consultant and content marketer. Primary areas of writing focus on Saas, Start-ups, E-commerce & Marketing.