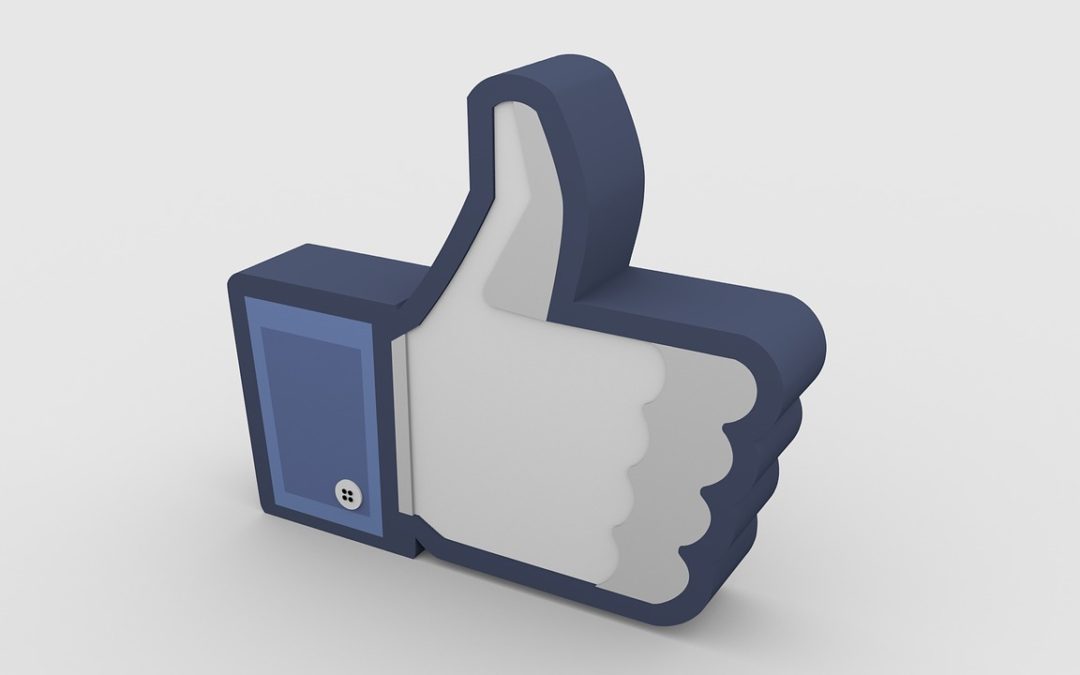 Facebook hiding likes count on your post after psychological effects on Youngster. Yes! you hear that right, soon the Likes on your post will be hidden, the Like button behaves as a central part of Facebook since it is in the market. Facebook will not hide the Like button, however, it will not showcase or hide the number of likes you got.

According to this, the user would still be able to check how many times a particular post has been liked. Accept for him, no one else could be able to check the number of likes the post got. The company gave confirmed information regarding like hiding stating that Facebook is considering a test that will help remove like counts from the post, but not sure when this will be removed.

This came to light when the reverse engineer expert Jane Machuan Wong showcased about it in Twitter stating that,

I observed that Facebook has recently begun to prototype this hidden like/reaction count for a few places in the world. The count that feature in the Android app is being reverse engineered and underneath playing with the code. 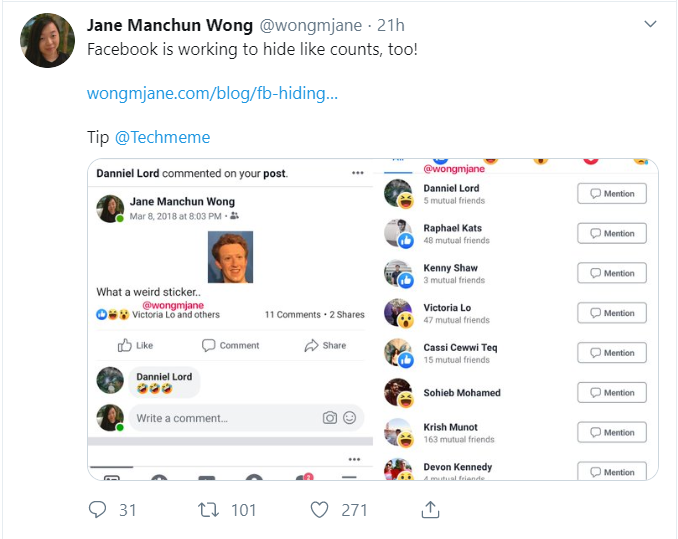 Presently, this feature is still not completely in the social media platform, when it gets into the market the likes or the reactions are hidden from all others, and will be visible to only the creator of the post or page. The same way how it works for Instagram. The list of the people will be still visible to everyone but the number or the count will not be visible.

You may find it interesting, as the number of likes and reactions on the post are hidden, however, the likes and reaction on the comments are not hidden. But, this can be due to the reason that the feature is still in the early stage of development. After some time it is expected to be polished and eventually with time.

Social media platform these days has become like a lifeline to people without which as if people can’t survive. Mostly, for the youngsters, it like the day starts with Social Media and ends at Social media. The number of people using social media sites has just increased and will increase.

According to the Bureau of Labour Statistics, for an average time spent on a lifetime, a person spends 6 years and 8 months being engaged in Social Media. 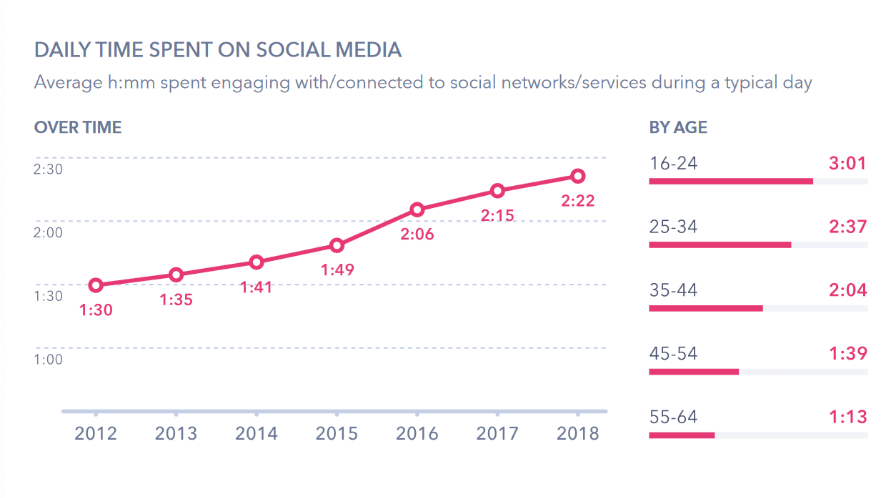 When the time is divided on a daily basis, on an average daily time spent on Facebook is 58 minutes. Facebook still tops the list with the most number of people spending the most time on Facebook. In this, 59 percent of the people are between the age of 18-34 years. With 1.4 billion users are active daily on Facebook and daily 300 million photos are being uploaded on Facebook.

All these, things indicate one thing, Social Media has become a part of major portion of life. It can even be said that the photos, videos, posts on Facebook are very important for the users, so the Likes, Comments, Share mean a lot to the user.

On the other way, we can say that this social media addiction is not completely because of you, this also has some involvement of the two chemicals: Dopamine and Oxytocin.

According to the scientist, Dopamine is a pleasure chemical, that actually creates “Want” in our mind. In simple words it makes us seek, desire and search. 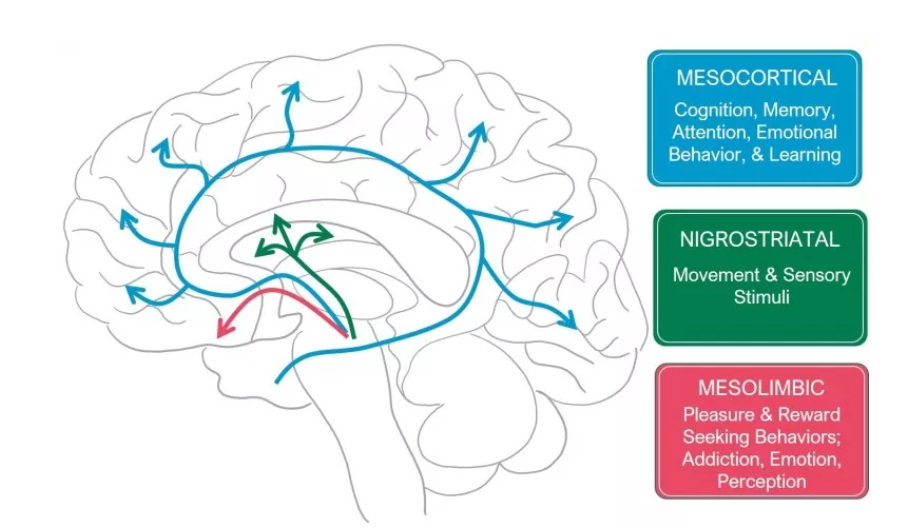 Dopamine is actually secreted by unpredictability, with small pieces of information and reward cues that create a situation to utilize social media. The Dopamine pull is very strong, that leads to a situation where it will easy for you to resist alcohol than resisting Tweeting or posting.

This chemical which may otherwise call as “Cuddle Chemical” it is a hormonal spike usually, released when people get intimate or start socializing. It can even be said that it just requires you to stay 10 minutes online to increase your Oxytocin level to 13%.

This symbolical to love brings- lowered stress levels, feeling of love, trust, and loyalty, generosity with the addition of love for Social Media to an individual.

A lot of studies prove a connection that states that more Social Media presence increased the negative impact on the brain. That includes increased depression, anxiety, loneliness, narcissism, compulsive behavior.

In early, 2012 Rosen, Chever, and Carrier coined a term “iDisorder” a bad relationship between technology or internet usage and psychological health of a human being

The studies revealed that the amount of time spent on Social Media site increases the level of depression in an individual. On the other hand, intense Facebook usage will lead to major loneliness.

According to researcher Kalpidou, Facebook users who are having a lot of friends on Facebook are the loneliest ones. Further, the people who spend more time on Facebook have very low self-esteem

In some special cases, it was found that people with a higher level of narcissism, and a higher number of social activity are less depressed. Whereas, if we excluded this special case, rest all are showcasing the negative impact.

Usually, Narcissism disorder is due to, grandiose sense of importance, fantasies of ultimate power, self-promoting and superficial relationships. This means, suppose a person has uploaded images and desires to get 10,000 and if that person doesn’t achieve to get it, then he gets a Narcissist Personality Disorder.

These days you can find several types of likes on Facebook. Do you know that you can even control your likes on Facebook or keep the likes count private! This means you can decide to showcase or hide your likes. While, it is very easy to keep your thoughts to yourself, you just have to follow the below steps:

This is a Manual way in which your Facebook hides like count. While you can also use an automatic way or a tool that came up in 2012, known as Facebook Demetricator to hide your like counts.

It is not a new thing in the market, back in 2012 the bias by metric was first introduced by Ben Gross a Professor of University of Illinois who created a tool called to be Facebook Demetricator a Google Chrome Extension that removes the visibility to the Like Counts in your Facebook account.

It might take time to develop, research and experiment on people, these type of experiments have come in a lot of times. But, this is can be one of the beneficial factors for the wellbeing of future and present days, youth who are more conscious about the number and assess themselves based upon it.

If you any related queries, with this topic, do write to us or comment below, we will be glad to answer you!