Is your Quora Account hacked with latest 100 million security breach ? 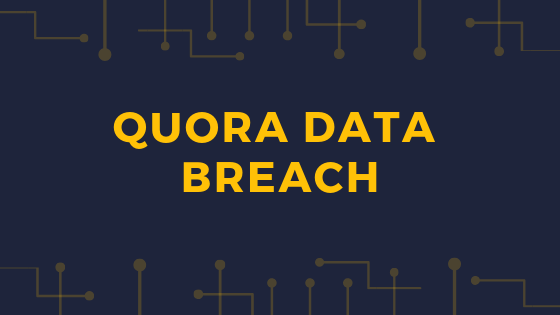 Yet, another biggest data breach of the people’s favorite place to ask and answer questions. A lot of people around the world use Quora, this platform to ask questions about anything they want and can even write answers to the different question. Late Monday data of the 100 million quora users is compromised. People got enraged for the social media mainly quora data breach.

However, Quora discovered the glitch on Friday that one of the System in Quora saw a third party malicious intruder who hacked their account. The information that is being hacked involves Passwords protected cryptographically, mail address, full names, all the data that is being linked in the site by using the links, different types of non-public content and actions. It even had access to all the answer requests, direct messages, all the upvotes, and the downvotes. Not just limited to this, the quora spaces and blogs, all the public content,  question, answers, links in the answers, comments. All the information that is there in Quora is being hacked by the third party people. 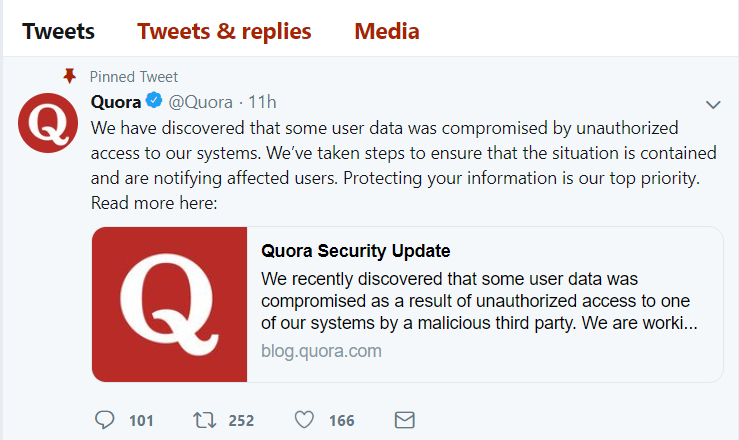 On Friday when Quora found out about the malicious intruders, they took the help of the digital forensics and the security firm to investigate more about it and even informed about the data breach to the law enforcement officials.

A lot of people in Quora where affected from the data breaching, all those people were logged out of the accounts and in order to know they are the real users and authenticate the passwords, Quora asked the users to enter the old password to authenticate the profile. Quora has emailed all the affected users with this regard. While the hackers were unable to access the accounts, answers, and question of the anonymous users as quora doesn’t store the identities of the anonymous users.

So, all the anonymous users are safe side instead of not following the Quora policies. Below is the email that is being sent by the quora to all the people regarding changing the password to protect from the data breach. If your account is hacked you will get a mail like this: 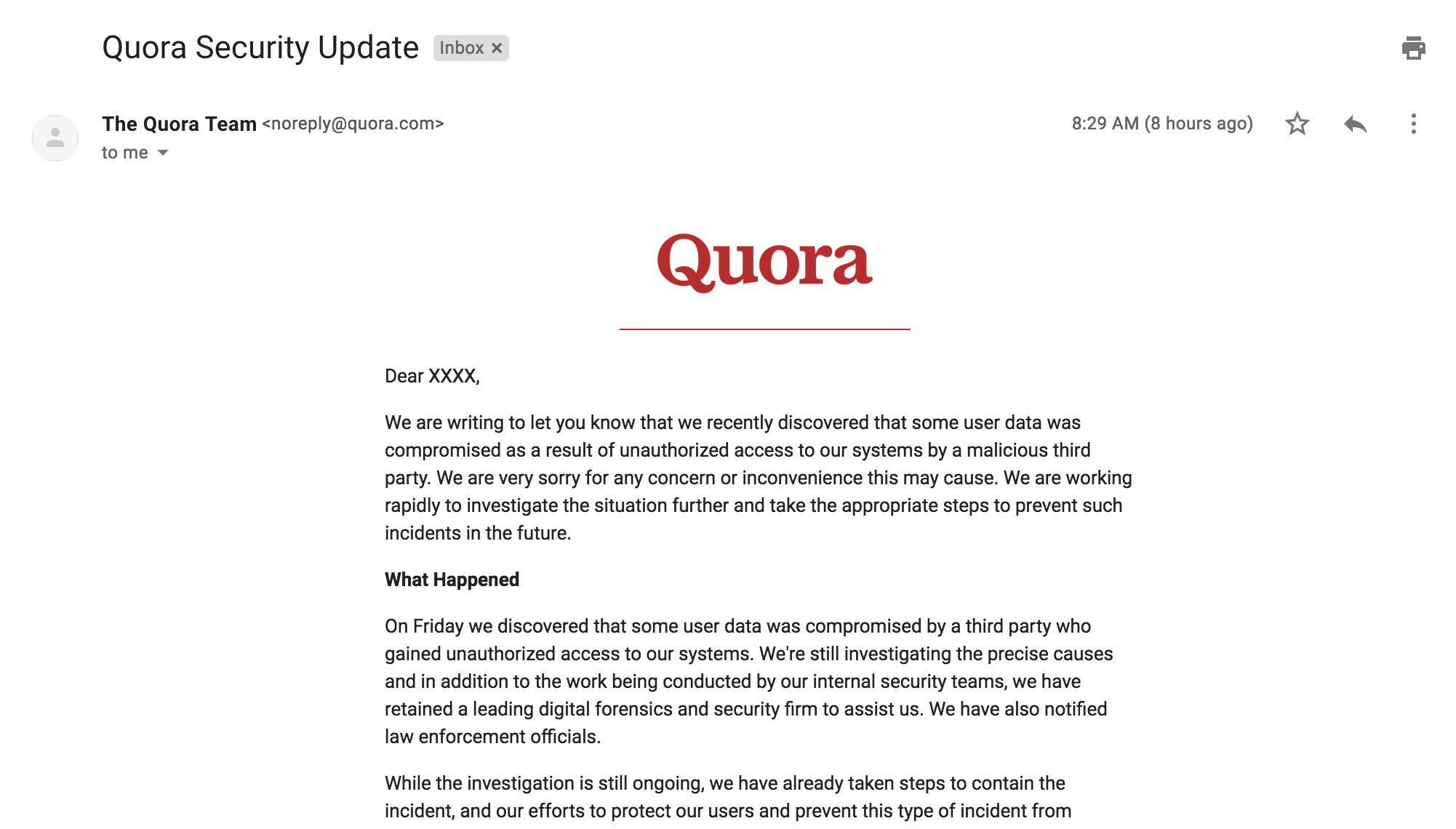 While Quora has even told that:

“We believe we have found the root of the cause and have taken all the necessary steps to address the issue, however the investigating is still now going on and we will try to improve the security for the users” Even included that ” Quora will work internally and the outside experts so that we gather the full information about what has happened and who are the intruders”

For all those people who are Quora, we request you to change the password in regular intervals and don’t provide much of the personal information which may hamper you if your data gets hacked. It important that you should not provide the sensitive and important in the social media site because whenever the data gets hacked the hacker will gather access to your data which will eventually hamper.

So, be careful while providing the data in any of the social media and you can only take care of your data no one else.

Be safe! keep your data safe!