How brands have been leveraging Love Island’s trend!

What is Love Island?

Love island is a game show hosted by Caroline Flack in which good-looking young singles come and try out their summer love luck in the show. The winning couple would be winning 50,000 pounds. The whole show revolves around the love interests and how they react to a certain situation. The best part about this show is the moment where people try out their lucks with the other.

How the show has been trending since its inception:

This is the 4th season for the show and this season was able to record the highest growth in the audience than ever. The show is trending everywhere. Especially in the UK and Australia, the response it has been getting is beyond imagination. The best part about this show is the moment where people try out their lucks with the other.

Let’s look at the statistics on how trending this issue has been over the past 3 years in the UK which will tell you why you hear about this show a lot.

Let me give you a few statistics that might just blow your mind:

This is quite enough to claim this show to be the biggest one in the history for the 16-29 age group.

How has love island been able to attract such a huge audience?

Love island has its own way of attracting the audience towards it. Although the show is undoubtedly addictive and interesting, but not very interesting TV series has been able to make it through in the long run. What exactly has been Love Island doing to fill this marketing gap that all shows have been having? Well, it’s easy. It’s just the brand engagements and being active on social media. Yes, that’s enough to get this show such a huge attention.

The channel in which the show is being hosted has been making some continuous efforts in order to popularise the show. It has been making sure that it’s responding to a number of tweets or other social media engagements to spread the popularity. It’s always a big deal when a popular channel replies to your tweet. Isn’t it? That’s how the channel has been able to carry the weight of marketing the show.

Which age group is influenced by this the most? 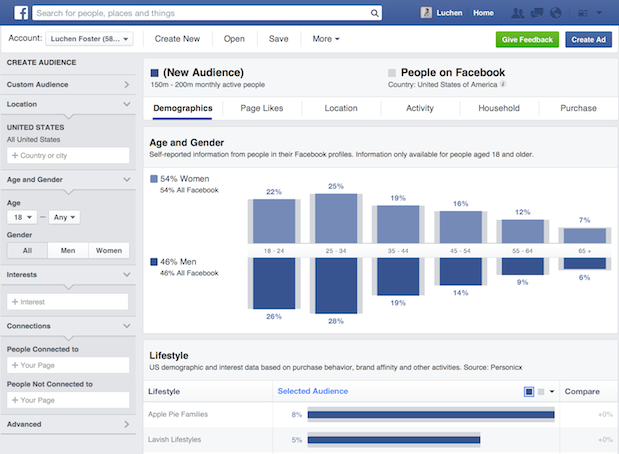 As per the statistics, the show has already has seen a 78% growth in 16-34 age viewers. It’s been said that this show has the highest of an audience in that particular age group. It doesn’t mean that the other age groups don’t enjoy the show. But, the ones in this age group find it more appealing than the others.

Well as you all know this is the age group most of the youngsters imagine about their love lives or relationships too. That’s one reason. The other reason being that the people on the show are of the same age too. They share the same kind of mindset and would relate a lot to them. Though most of the people pretend not to watch the show if you peek down into their history, you’ll know that they’re the ones addicted to it. Well, it’s common for every person to know what’s happening in someone else’s life but no one wants to say it out loud is all.

How it’s paving way for the Influencer Marketers?

Well, it’s no wonder that once these participants come out of the show, they’d realise that they are already a celebrity. Imagine the kind of response they’re going to get. A few of these participants already have more than a million followers. You can check the Instagram of Dani Dyer and see how she’s been able to get 1.8m followers while still in the show. Here’s how you can use social media to promote your own product.

Dani Dyer is one of the participants, while even the rest of the contestants have been getting a great response, still, hers seems to be the most happening account out of all. This is the best way of getting plenty of followers. Let’s see how it might help them in the future.

The best way to leverage your followers is by the Influencer Marketing. Influencer marketing is a way in which the Instagram celebrities tend to promote various products online. As a return from this promotion, they are paid heftily. though they aren’t paid as much as the actual Hollywood celebrities, still they get a great amount for promoting it on the social media.

How have different brands been leveraging this trend?

Missguided is an online retail store concentrating upon the apparels for ladies. This online platform has apparels for the ladies of the ages of 16 to 35 years. This is one store that has been having a great season. Since the start of the show for 2018, Missguided’s revenue has reached new heights. There has been about a 40% hike in the sales while the show is airing live. Well, how do they do this? How’s it even possible just for Missguided to be able to reach such a stage? Let me tell you. Meanwhile, you can also learn how a few websites use your emotions for your sales.

Missguided has been calling in every opportunity by cloning the outfits displayed on the show within a week. Yes, within a week. They have been able to make all the lady’s apparels displayed on the show available for the fans. This lead to a high purchase of the similar or cloned apparels. Here’s how Missguided has been taking this trend as an advantage.

Samsung is one another brand that has been leveraging their opportunity to make their brand as famous as possible. They’ve been taking every opportunity to make themselves happening too. There’s a part of the show where the participants are supposed to take selfies. While in the process, the camera is turned in such a way that the brand clearly appears on the screen. This is like a great brand promotion from the people while taking selfies on the show.

This trick has probably gone a long way in showing that Samsung has been one of the sponsors of the show as well. That’s how they’re keeping their brand engaged and trending.

Kellogg’s is another brand that has been taking advantage of the show’s trend. The show’s viewership made Kellogg’s to come out and market its own product in its own way. Kellogg’s offered to gift three tickets to the Love Island and the lucky ones are going to win this.

Although not everyone could take advantage of this for all those fans who don’t want to miss an opportunity to appear on this trending show, this might be the best bet they’ve got. They can participate and try their luck out.

Superdrug is one more brand that has been gathering people’s attention. Wonder how? Try and notice all those Beauty products set behind these contestants. The brand has apparently been sponsoring the health as well as the beauty products for the contestants.

Using this as their USP, Superdrug has been grabbing a lot of attention even though if it’s not the way they expected it to be all the time. People have also started trolling Superdrug for subtly placing their products behind the contestants. The camera is well placed in such a way that the product looks quite well on the screen. This is an indirect way of marketing. Here’s how Superdrug brand has been taking advantage of the series.

Where can I watch?

If you’d like to catch up too, you can watch this addictive show on ITV2

It always needs a great deal of foreseeing and good observation of where your brand could take off. All these brands have been able to leverage their way into this trendy show. The opportunities as such shouldn’t be taken for granted if you want your product to be established in the respective market!