When and where to find the new Google algorithm updates 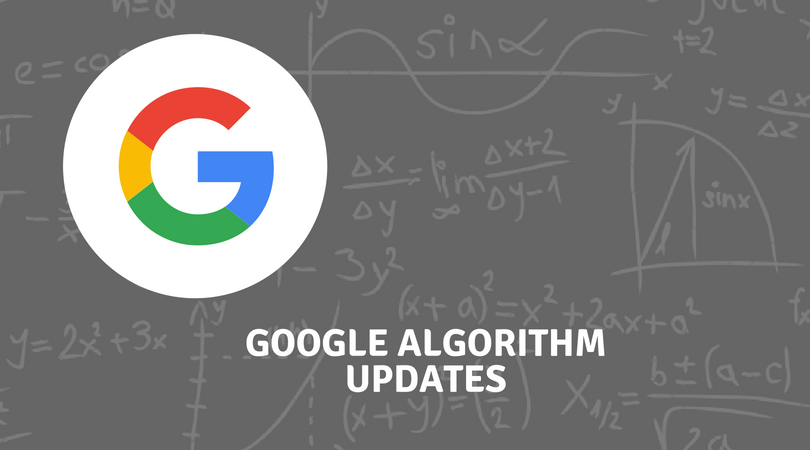 In simple terms, a Google Algorithm has its own process of sorting the web pages onto the SERPs (Search Engine Results Pages), it changes from every Google algorithm update. Once this process does its work, your links are shown on the page such that you receive the most efficient results.

Google doesn’t have a specific set of algorithms, it changes from time to time. Can you predict the algorithm changes from Google? Well, the answer is most probably a no. Yes, there are certain major updates that Google is glad to share with its users. But there are numerous other minor updates that go on every single day. Hence, your rank on the result page might change from time to time and you’ll never know what the reason is. Such is the anonymity for Google’s way of displaying results.

Google’s algorithm updates are more like a treasure for all those websites that are planning to establish itself well on the web. Though it isn’t an ideal situation, hypothetically, if someone cracks the algorithm, then I’m pretty sure they’re going to be a billionaire in no time. But still, with an average of 3-4 updates a day, it’s technically impossible to crack this (at least legally).

So, is there any foolproof way in which you’d be able to at least find a few updates out of those thousands? Well, there are a few techniques. It might require for you to follow a few experienced professionals, a few tools and you need to understand the trends to be able to figure some of the approximate ways. I’m going to talk about the same here.

So, here you need to choose a few of the websites that you frequently follow for an easy process along with yours. Check for a few pages that rank top on the Google. Understand all the SEO techniques and Google algorithm and also the Google algorithm updates. See how it has changed over the days. These changes might seem so confused at the beginning, but it takes a constant time and effort to understand what it really is.

After all this, there might also be a situation that you come up with no results. Hence, this isn’t a very recommended way to go about it. For this purpose, you can also follow a few of the tools to track the changes. I’ll be mentioning them down below for your information.

Tools to figure out the Google Algorithm Updates:

There isn’t a specific tool to figure things out, but there are certain tools that can spot the changes. Though the exact reason for the change can’t be assumed. Still, these tools would help you a lot if you are really concerned about frequent changed. For all those blackhat SEO experts, I think this is something they need to be aware of.

This is a tool which shows different ranges out of 10. Basing upon the volatility, the range increases. If the change is in low numbers, then there’s not much volatility in the Google’s search.

This Google algorithm updates monitoring service is the same as above. This checks for the SERP ranking changes happening every other day. It analyzes more than 10,000 domains for the better results.

This is a Google algorithm updates tracking tool developed by DEJAN. It detects the changes in ranks by keeping the keywords change in mind. Then analyzes about 17,000 keywords before it lands a perfect score. It also shows the weekly winners and losers on who has made a better rank.

This is a weather report resembling, measure system for Google Algorithm updates. The hot and thunder climate shows rapid changes in the SERPs

This is one blog that has announced some of the major updates over the years. It announced Panda, Penguin, or the Page Layout algorithm. Being Google’s official blog, this was an official announcement made for the awareness of users. Major updates are often announced before they are launched into the platform as it might affect some of the major websites that people often rely upon. So it’s more like an opportunity to set things straight by themselves.

Moz has been considered to be one of the top sites, that keeps on tracking every little observable change. It’s the new name of seomoz (after their rebranding). If you’re waiting for any updates from any corner, then this would be your place to sink it all in.

Search Engine Watch and Search Engine land are the two of the most frequently updated sites for any query on Search Engine Algorithm updates. These two blogs are well known for retrieving some good information from the very reliable sources. Hence, one definitely shouldn’t miss out on looking out for updates on these sites.

The guy who has the highest number of twitter followers in the list. With 559K followers, this man is considered to be the twitter god when it comes to notifying the changes. He, by Forbes, is considered as a social media power influencer. The reason behind this following is his way of tweeting for about 4 times an hour.

This guy is a former head of the webspam team at Google. He is known for his way of updating people with algorithm updates. Though he hasn’t been working for Google right now, still his expertise is enough for him to predict or gather some of the crucial information on Google Algorithm updates. He has around 536K followers on Twitter.

Danny Sullivan is an American technologist, journalist, and entrepreneur. With about 517K followers, this man is known to be one of those guys who have all the information when the update rolls out or the first one to write when there’s a possibility for an update to come out.

Darren Rowse is a blogger, speaker, consultant and founder of multiple blogs. All his blogs deal with different SEO techniques and tricks that one can incorporate into their own websites. He is one of those few reliable sources to grasp the information from. He has about 238K followers on Twitter.

What to do as soon as a new Algorithm rolls out:

This is by far the information you need on when and where to find the Google algorithm updates. If you’d like to know about how the major updates in the past have been and what were their respective features, then visit here.