Android P Guide: All the features you needed to know about 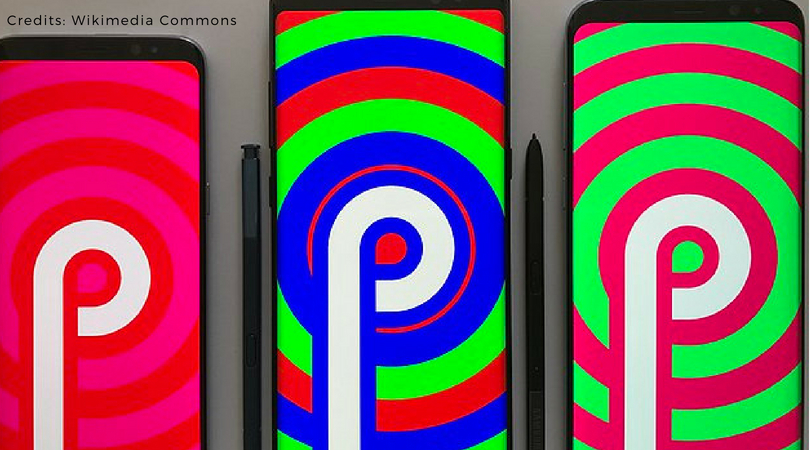 Android P, arguably one of the best updates android has ever seen. Why am I saying this? Follow me on this and you’ll believe what I said too. Previously Android came up with the Lollipop back in 2014 and swept all the updates with its improved animations and quite exciting features against which the next or previous updates of Google, failed to compete.

Now, with the announcement of Android P, Android has a new update that can be called as best ever. The HMD global even announced that more than 86,000 users have logged in to test the new software and get it updated in the mobile phones.

Using the AI technology in multiple features, Android P has made sure that the audience would be comfortable in using their phones like never before. AI records all your activities and also your actions on notifications and internal app pages and then show them to you so you can save your time in finding them. Let’s brief every important feature that Android has come up with.

This would be the first one on any list as this is the major change of this Android P update. Android now has saved you from those three custom screen keys and has put a small tablet shaped key. Though this isn’t the best upgrade still now, but as the users are using it they, users are taking it as a much better-looking version. You don’t have a back button or multi-app display buttons to this. If you want to navigate through the apps, just tap on that single icon and the application’s pop-up. Now swipe from left to right to navigate between the used apps. This isn’t the most convenient option but wait until your body muscles get used to it and then you’ll not feel much difficult.

Now there’s a feature that would actually benefit you and still is loved by all the elders around you. If you lose track of how long you’ve been using your phone. If you wonder, you spend too much of time over certain apps, then this is for you. The dashboard lets you figure out how long you’ve been spending time over your phone. You can also come to know how long you spend on particular apps and put restrictions on it. This will not only curb your phone usage but will also give you an idea, how you’ve been wasting time all day long.

DND Mode and Wind Down:

The Do Not Disturb mode, which the iPhone is famous for has been embedded in a way better way in Android P. Though Android already had a DND mode earlier as well but wasn’t as efficient as this is. If ever you want to stop yourself from being disturbed by other, you can just turn your phone facing down. This will not only cease the calls from ringing but will also stop all the other notifications. This is called the Shush mode. If you’re on a family dinner and you keep receiving messages from the one your parents which you don’t like, you can just turn it upside down. That’s it, that’ll do the job for you.

This is one huge update that every Google maps fan has been craving for so long. How would you like it if you can not only guide yourself to your friend’s location but also know where exactly he/she is? If they’re in a mall, you are even guided with respect to the multiple storeys it has. The person’s position would be accurately determined and you can accurately guide yourself.

This is one of that Artificial Intelligence featured program, that helps you in determining a particular page in a certain application. For example, if you’ve been using Uber to book a cab to your location. Then this feature will give out the address under the application that you usually search for- when you search for it on Google. Now, you can see the location and the fare price will pop up right there. This works for multiple apps and it’s internal features. This isn’t a great update but will surely go a long way in making your usability easy.

This isn’t a major update either, but still, the one that the Android users have been waiting for. This feature has already been used in the IOS 11 and has proved to be effective. The same feature has been embedded in this version of Android and we couldn’t be happier. There are better customizable options in the Android’s version when compared to IOS’s

The auto-rotate has seen an update too. Now you won’t be annoyed by the frequent auto rotate. Or turning on and off the auto rotate option all the time. All you need to do is rotate the screen and tap on the portrait or landscape option. This will be displayed on the corner of your phone screen. After the rotation, just tap on it and your job is done.

HTTPS is the secure version of HTTP where the communication with the server to the browser is encrypted. Most of the applications are using HTTPS these days but for the few, there were a few that don’t. For that, Android P has made sure that all the application it uses has HTTPS. We’ve all learned the importance of having that S at the end of HTTP if you haven’t then do give it a read here.

This ability to adapt for both the battery and brightness is what we’ve seen earlier. But trust me when I say that this isn’t like before anymore. This is new and quite different from the previous versions in terms of efficiency. Here, the artificial intelligence, that Google has been concentrating upon, comes into play. From your past usage and experiences, the AI accordingly records the data. This data is later utilized to adjust the brightness according to the time. When it comes to battery, it learns to prioritize battery power by observing the apps and services you use the most. It thereby helps you in using your battery in the most resourceful way. 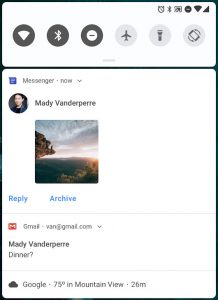 This Smart reply feature has been available previously but has definitely changed for the good. You can now more conveniently use the smart reply option to reply in a more efficient way. It shows the suggested replies according to the person and also displays the images they send on the notifications itself.

So that’s all from our end, you want a further information on other tiny updates, then go through this.

Android P Beta 3 version has been released just a while ago.  If you want to read about what’s new or how to install this on your phone then, visit here.

Android has already released the new Beta 4 version of its P version and it came to market on August 6. Although the Beta 3 version was supposed to be the last one, Android took it a step further and released the next version for its audience.

How do I get the Developer Preview 5 (Beta 4) update?

The newly released beta update is basically designed for the Google Pixel devices and not only confined it self to one device. It is also available for users that have already enrolled for the Android Beta programme. If you’re a pixel user, you can download the update here. The users will also be able to download through OTA(Over The Air) update here and factory images here and if you are a Nokia user you can download from here. If even you would like to get the update, you can sign up for the Android Beta Program to receive the OTA update on your phone.

What devices will this be available in the future?

Android Pie was available for the some of the devices which includes Pixel, Essential, One Plus 6, Essential and Nokia 7. These devices were the first who got updated with Android Pie. After this HMD global on October 10 declared that Android 9 will made available in the Nokia 6.1 plus via Nokia phone beta labs. The Nokia Phone beta labs are designed in a way to give the tech freaks an early adaptation of the new technologies and improve the user experience on the digital platform.

The new version of this has come up with an intention to offer new features on board. Before, the developers were more concerned about the ability of Android P about how it will perform without causing any disruptions. Hence, in this case, Android P made sure that all its features work without any errors and with full efficiency.

There were certain parts of the OS that were giving a hard time to the users. The settings tab was taking a while for loading. Though the wait isn’t really long, it still is noticeable. This was not really going well with the users. Hence keeping these things in mind, the new beta version allowed the users to get rid of all those undesirable effects they had to see earlier.

The other update the users are able to see on this new update, is that the battery consumption was 3% better than before. Though this isn’t a substantial change, still, it has improved the user experience and adding some juice to our batteries is always appreciable.

I know the kind of updates they have come up with but it has been only 2 months and Android P is appreciated by the users. So the key take away is that Android P has come up with an additional update after 3 weeks of its release. The update is mostly concentrating upon the irregularities or errors of the previous version. With this update, Android P is was installed in all the major smart phone brands. It is also expected to be updated regularly in third quarter of the year. People are enjoying it a lot. You also go and enroll yourself for the new Android P. We’ll Update you everytime something ne comes up.

But they certainly have come up with the way to speed up the device. I’am using this OS in my device and my device has become fast and is giving a very good user experience.